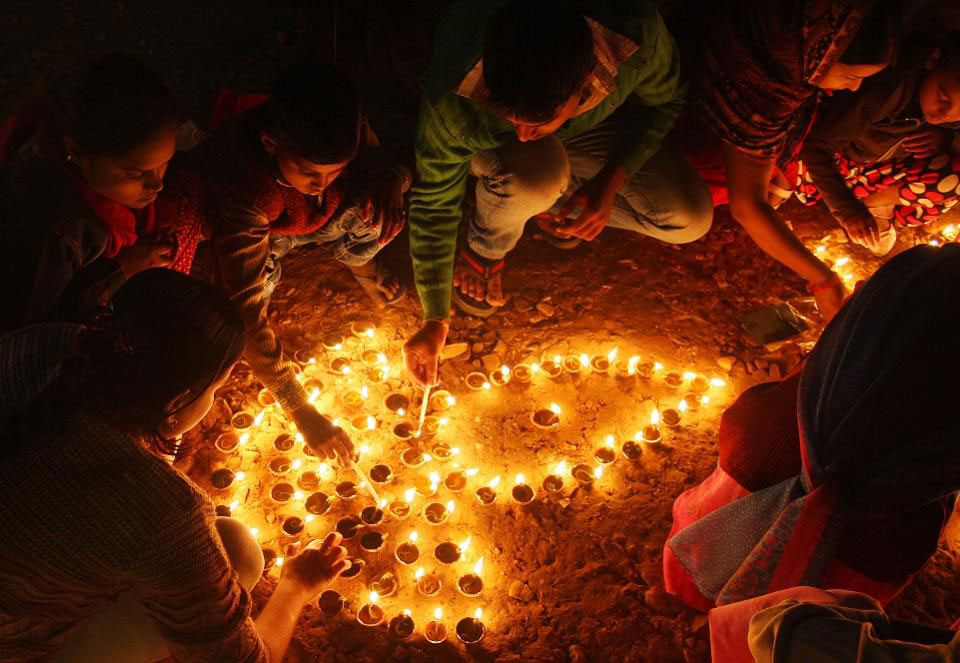 India is often called the country with a chain of festivals, and Diwali is the most enchanting of them all. Diwali is the most awaited and most celebrated festival in India. The name is derived from the Sanskrit term Dipavali, meaning “Row of lights.”

Diwali represents the triumph of good over evil, the victory of light over darkness, knowledge over ignorance & hope over despair. Light is a metaphor for Knowledge and consciousness. The festival creates an ambiance of happiness, delight & prosperity.

Diwali, also spelled ‘Divali’ or ‘Deepavali’, is known as ‘Festival of Lights. It is celebrated with fireworks. During the festival, small earthenware lamps filled with oil are lit and placed in rows along the parapets of temples and houses and set adrift on rivers and streams. According to legend, fireworks were used to return lord Rama, An incarnation of lord Vishnu.

People in every nook & cranny of the country welcome the festival with enthusiastic gestures. Food is a major focus, with families partaking in feasts and sharing mithai. In addition, the exchange of heartfelt gifts during Diwali has become a mandatory part of the celebration. Friends, families, and colleagues share Diwali gifts to show love and affection. Also special and grand feast with delicious food that mandatorily includes different varieties of sweets is the special attraction of the occasion.

During the season of Diwali, numerous rural townships and villages host melas, or fairs, where local producers and artisans trade produce and goods. Various entertainment is usually available for inhabitants of the local community to enjoy. The womenfolk, in particular, adorn themselves in colorful attire and decorate their hands with henna.

Diwali is one of the major & ancient Hindu religious festivals in India. On the night of Diwali, rituals across much of India are dedicated to Laxmi (Lakshmi symbolizes three virtues: wealth and prosperity, fertility and abundant crops, and good fortune) to welcome her into their clean homes and bring prosperity and happiness to the coming year. Worshipping the Laxmi and Ganesha to summon health & wealth & bursting crackers are the chief rituals of the festival.

Though usually, Diwali is linked to the Hindu faith, some Sikhs, Jain & Buddhists also celebrate this festival. Although each faith marks different historical events and stories, the festival represents the same symbolic victory of light over darkness, knowledge over ignorance, and good over evil.

For Sikhs, the festival coincides with Bandi chor divas, or the day of liberation. This celebrates the release of Sikh religious leader Guru Hargobind from prison in the 1600s.

Jainism is an ancient Indian religion. Jains believe in reincarnation rather than a God. Diwali remarks the anniversary of religious leader Mahavir achieving ‘Moksha’ (Freedom from the cycle of reincarnation).

Buddhists Celebrate Diwali as Ashoka Vijayadashami. This is the day Indian emperor Ashoka the Great converted to Buddhism. His support of the religion allowed it to spread across India.

This wonderful Festival of light is celebrated for 5 days. The festivities begin two days before Amāsvasya, on Dhanteras, and extend two days after, the second day of the first fortnight of the month of Kartik. The festival climax is on the third day and is called the main Diwali, which coincides with the darkest new moon night of the Hindu Lunar month Kartik.

Dhanteras, derived from ‘Dhan’ meaning wealth and ‘teras’ meaning thirteenth (13th), marks the 13th day of the dark fortnight of Kartik and the beginning of Diwali.

Women and children decorate doorways within homes and offices with Rangoli(color sand), colorful designs made from rice flour, flower petals, and colored sand. In contrast, the boys and men decorate the roofs and walls of family homes, markets, and temples.

The third day is the height of the festival; temples and homes are aglow with lights, thereby making it the ‘Festival of lights’ The youngest members of the family visit their elders, such as grandparents and other senior members of the community, on this day.

As the evening approaches, celebrants wear new clothes or their best outfits; teenage girls and women, particularly, wear Saris & Jewellery. At dusk, family members gather for the Lakshmi puja. After the Puja, people go outside and celebrate by lighting up crackers (fireworks) together and then share a family feast and mithai (sweets, desserts)

This day ritually celebrates the bond between the wife and husband, and in some Hindu communities, husbands will celebrate this with gifts to their wives. In other regions, parents invite a newly married daughter or son and their spouses to a festive meal and give them gifts.

Many Hindus also observe the agricultural symbolism on this day as Annakut, literally a mountain of food. Communities prepare over one hundred dishes from various ingredients, which are then dedicated to Krishna before being shared among the community. Hindu temples on this day prepare and present ‘mountains of sweets’ to the faithful who have gathered for Darshan (visit).

On this day, the womenfolk of the family gather, perform a puja with prayers for the well-being of their brothers, then return to a ritual of feeding their brothers with their hands and receiving gifts.

Stay updated to know more about the history, culture, travel destinations, and people of India with Bout India Tours. 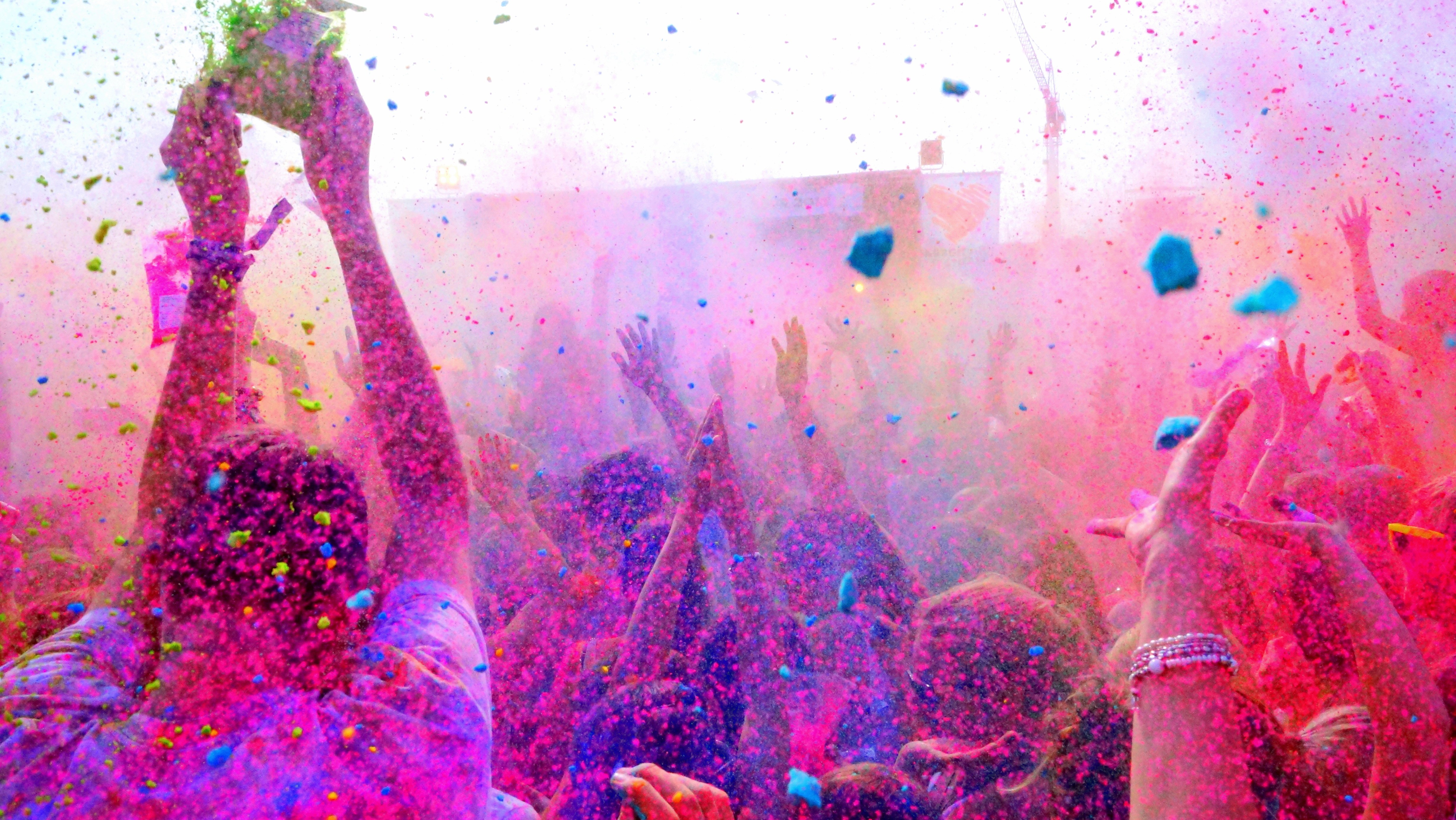