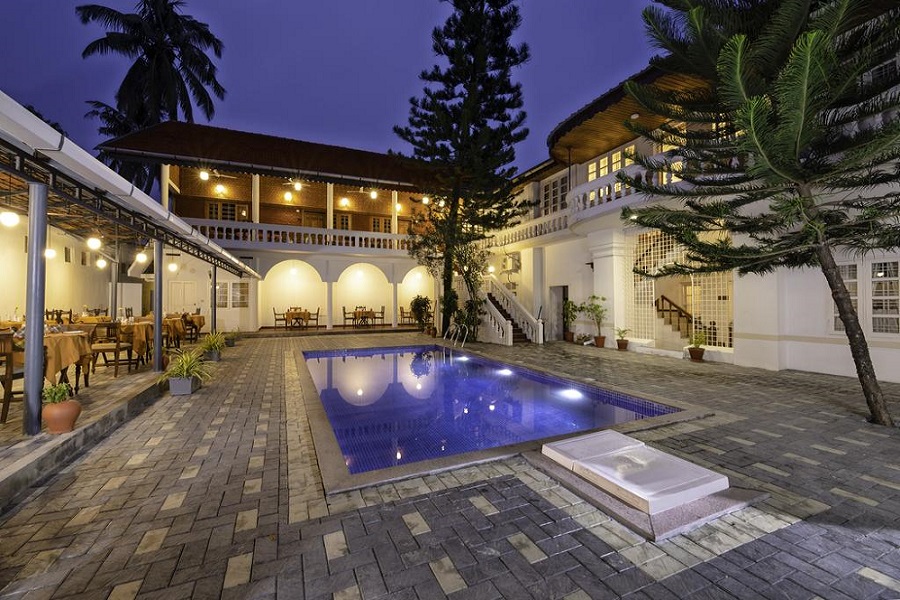 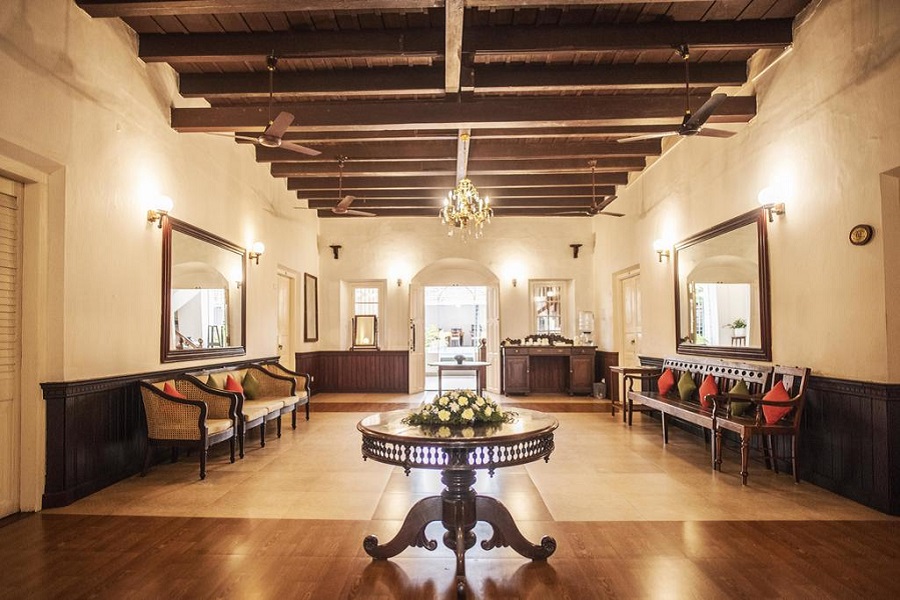 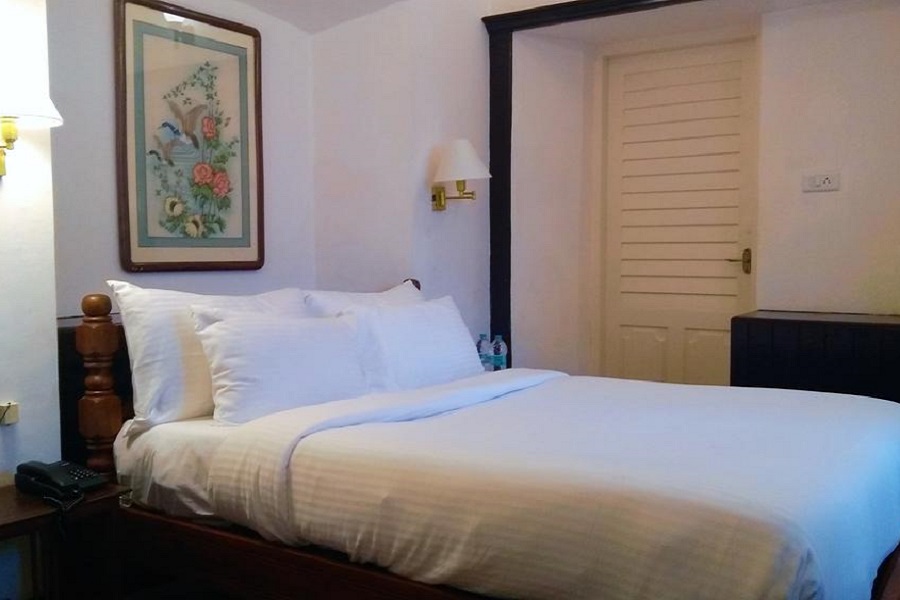 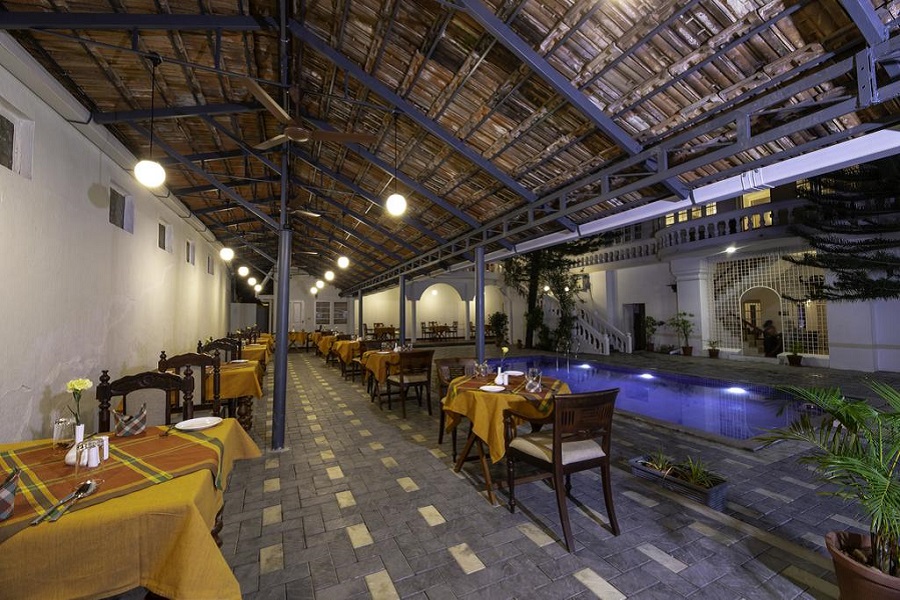 Dutch Bungalow is a Heritage property located in Fort Kochi. Also known as Abad Dutch Bungalow, it is a 375-year-old heritage hotel located in Kochi city, Kerala. It was built in 1668 by the Dutch East India Company and named “Crystal Palace”. The natives called it “Kannadi Malika” meaning “Palace of glass”.

The British took over the building in 1796 and used it for naval purposes. It came to private possession in 1874. Among the hotels in Fort Kochi, Dutch Bungalow is one of the first heritage hotels.

This Heritage hotel has 14 rooms, 12 in the main building and 2 adjoining the pool (8 heritage classic rooms, 4 heritage boutique rooms, two with french corridors, and two suite rooms with patio facing the pool).

It is situated in close proximity to the Beach, Parade ground, Chinese fishing nets, and St.Francis Church and a short drive to the Synagogue and Mattanchery palace. It is 40 Km from Cochin International airport and 12 km from Ernakulam Railway station.